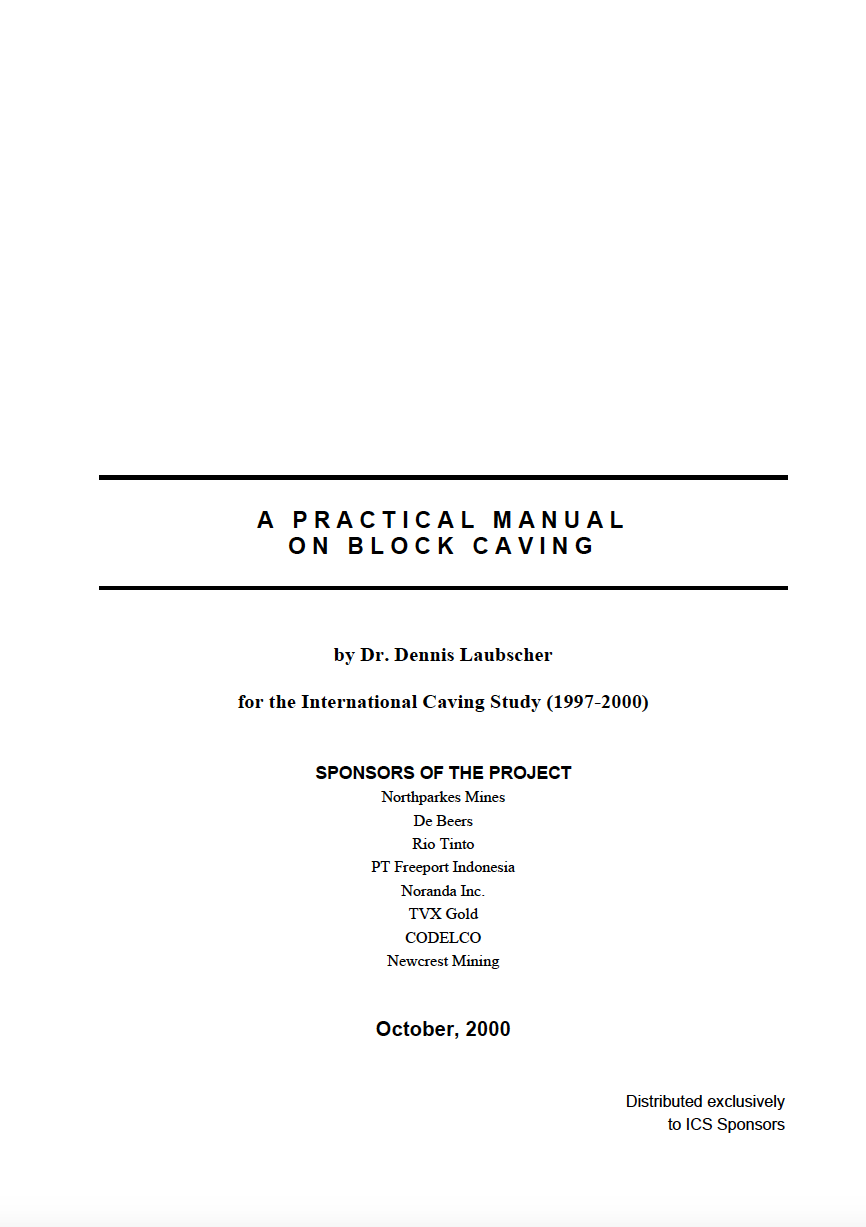 A Practical Manual on Block Caving

The Block Cave Manual has been built mainly around and/or influenced by the experiences of Dr Laubscher in countries such as Zimbabwe, South Africa, Chile, North America and the Philippines. Case histories from caving operations such as Shabani and Gaths, Premier Mines, Codelco Divisions (El Teniente, Andina and Salvador), Henderson, and Bell Canada are presented in the manual as well as comments and input from a number of individuals such as Nick Bell, Jarek Jakubec and Glen Heslop who were subcontracted to the task by Laubscher.

*This PDF document is not Section 508 accessibility compliant. If you require accessibility assistance, please contact us to Request Assistance.