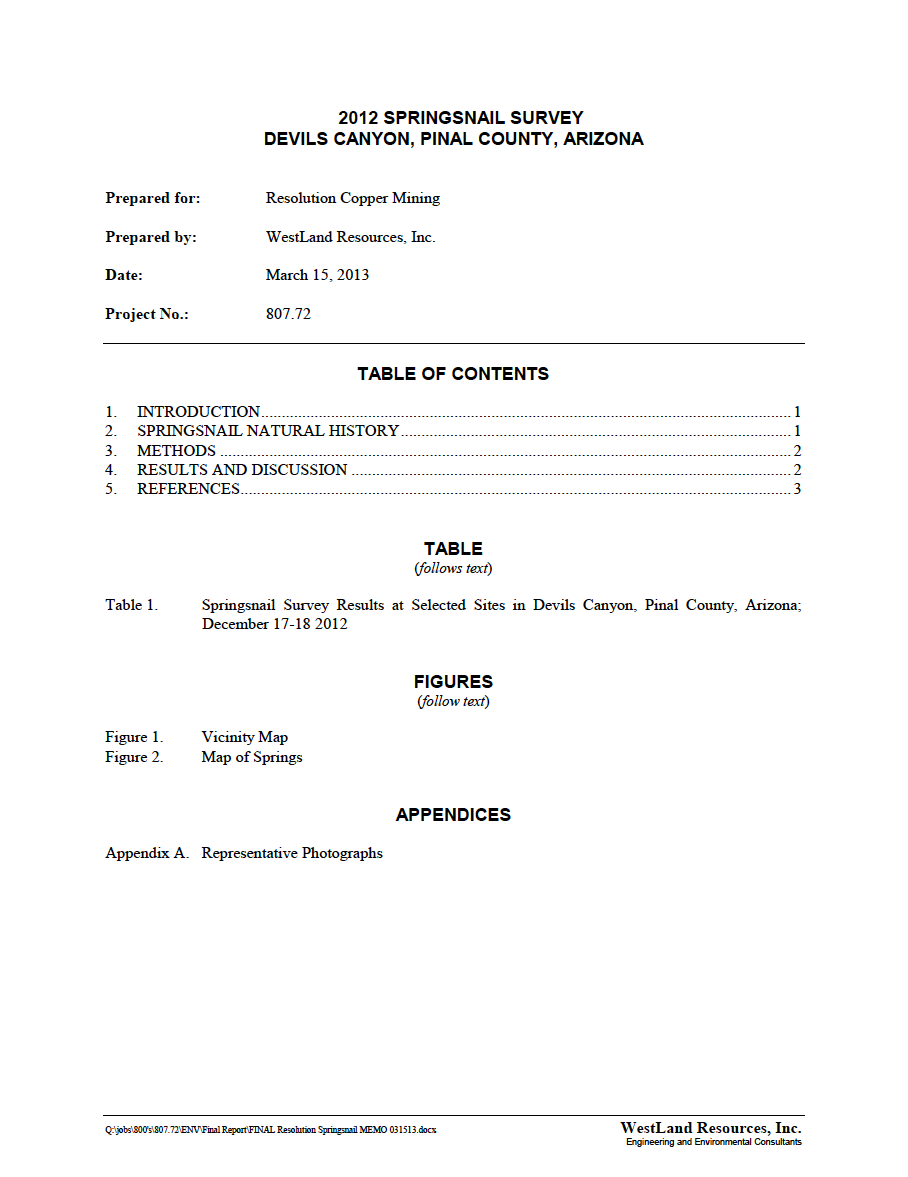 Survey for springsnails (Pyrgulopsis spp.; Hydrobiidae) in select springs in Devils Canyon, Pinal County, Arizona (Figure 1). Springsnails in Arizona and the arid American West in general, tend to have relatively narrow distributions and can be restricted to isolated springs, spring complexes or drainage basins and may exhibit a high degree of endemism (Hershler and Landye 1988, Hershler and Sada 2002, Hurt 2004). Based on the inherent nature of small, isolated aquatic systems, many of these habitats and the taxa associated with them are threatened by human-mediated impacts such as catastrophic wildfire, spring impoundment and diversion, groundwater pumping, and ungulate grazing (USFWS 2012a, 2012b). Two springsnails in Arizona have recently been listed as Endangered or Threatened with Critical Habitat (P. trivalis and P. bernardiana; respectively) by the U.S. Fish and Wildlife Service (USFWS 2012a) and two others are considered Candidates (P. morrisoni and P. thompsoni) (USFWS 2012b).

*This PDF document is not Section 508 accessibility compliant. If you require accessibility assistance, please contact us to Request Assistance.