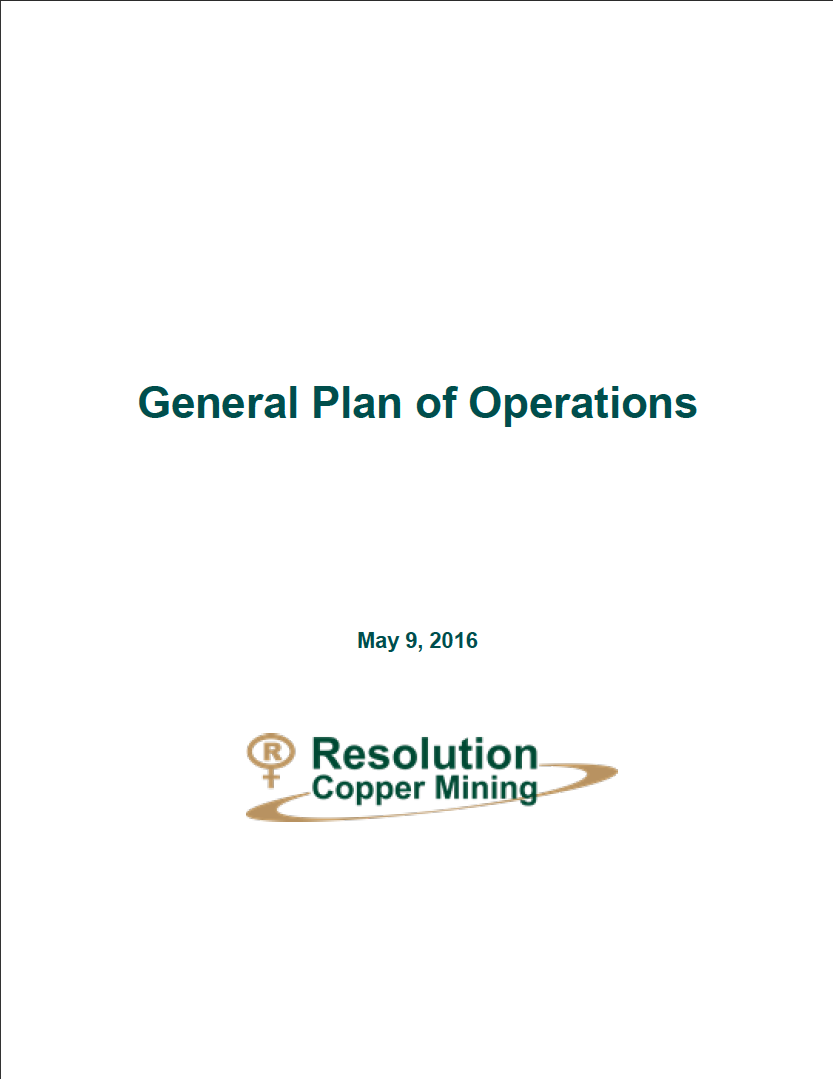 In November 2013, Resolution Copper Mining, LLC (RCM) submitted the proposed General Plan of Operations (GPO) to the Tonto National Forest, to develop and mine a copper-molybdenum deposit. Tonto National Forest deemed the GPO to be complete in December 2014 - see Letter of Completion. A plan of operations is a Forest Service permit, which authorizes mining operations on national forest lands. The first step in the approval process for a plan of operations is submittal of a proposed plan of operations to the Forest Service. The Forest Service then analyzes the proposal and conducts a NEPA analysis. At this time, the GPO is just a proposal submitted by RCM. The final Plan of Operations will not be produced until the EIS is complete and the Record of Decision is signed by the Forest Supervisor.

The GPO represents the proposed action that will be analyzed in the environmental impact statement (EIS). Evaluation of modifications to this proposal and assessment of other alternatives is a fundamental part of the NEPA process and will also be part of the EIS.

The GPO was originally published in November 2013. The version appearing here represents the latest revised version of the GPO. A Final GPO will be prepared following publication of the Record of Decision to comply with any modifications determined to be necessary by the Forest Supervisor.